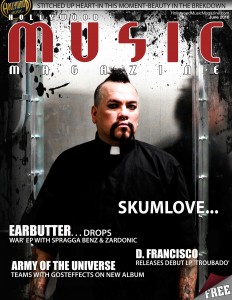 Who came up with the name for your new album Sinister Minister, and what meaning does that hold in respect to the content of the album?

Fans picked the name. A few people at different times called me “Sinister Minister.” I am in fact an ordain minister and I have done weddings and baptisms. So I think it suites me. But for the record I am an Atheist. I believe it does go with the content of the Album. Songs like New Perversion or Disease are in that Religious contrast.

SKUMLOVE – Panda Off The Charts July 2016